The Devil Made Me Do It (A 10-Year Anniversary) 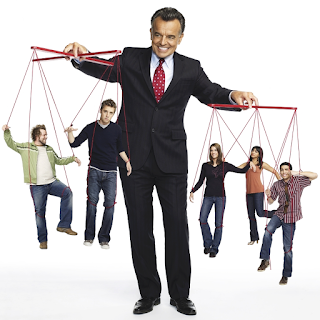 Exactly ten years ago today, I premiered my first webcomic, Reaper Fan Comics. (Originally, it had simply been called Reaper Comics, but midway through this webcomic's run, some company with the same name threatened to sue me if I didn't change it. Fun times.) It lasted for 88 strips, between 2008-2012, and was based on the television show Reaper, which focused on a slacker forced to capture escaped souls from hell, thanks to his parents having sold his soul to the devil before he was even born.

Yep, I had once quit art, despite the fact that I'd grown up wanting to do nothing but comics from a very young age. (High school had killed my love of drawing, and I found myself focusing on other aspirations. Stopped working on art entirely once I was in college.) When Reaper premiered, I adored it instantly; the humor just clicked with me. Eventually felt compelled to make a silly comic to explain away a plot hole. Figured it would be a one-and-done thing, and that I would go back to not drawing as soon as it was out of my system. But I had so much fun with it that I decided to make more, and I ended up creating a full-blown webcomic instead.

Because today is so monumental for me, I thought I'd celebrate by re-drawing the comic that had caused me to un-quit in 2008. Would be a fun way for you all to see how much my art has evolved! But, of course, my laptop decided to die, making it impossible for me to color it. I still hope to sometime, though, and will make another post for that when I can.

But yeah, Reaper will always have a special place in my heart, needless to say. Probably wouldn't be drawing right now, otherwise.
Posted by Heather R. Holden at September 22, 2018